A woman from Nantwich, Cheshire has become the first female wood worker at joinery and timber specialists Venables Oak, following a successful apprenticeship with the company.

Anna Ryan, who turns 28 in National Apprentice Week, started with the company, based in Cheswardine, near Market Drayton Shropshire in 2019 as an apprentice, while studying at Reaseheath College in Nantwich. Anna was taken on full time by Venables Oak in October 2021 when her apprenticeship, delayed by COVID19, was completed.

After studying maths, media and photography at Brine Leas school in Nantwich, Anna initially trained as an accountant. “I was unsure of what direction to take”, explains Anna. “I enjoyed maths, but I loved photography and it’s still a hobby. I was happy as an accountant but I felt there was something missing – a desk job wasn’t for me. I liked making things and my dad was keen for me to learn a trade. A family friend is a woodturner, so I paid to do a weekend course in that and realised that I wanted to work in wood. Venables is such a well-known company so while studying at Reaseheath I gave them a call and got an interview almost immediately”.

Over the course of her two-year Level 2 apprenticeship, which took longer because of delays caused by the COVID19 outbreak, Anna has learned hands-on skills including timber profile cutting, joinery and machining. She is now a qualified machinist and is looking forward to building her career with Venables Oak.

“I love my job”, says Anna. “It’s a friendly team and wood is such a great material to work with. I already make items for family and friends using skills I’ve learned here. Many women don’t realise that skills they develop outside of work, such as decorating, crafts and making, are transferable skills that could be developed into a rewarding career. Skills considered “female” are often undervalued. To any woman considering working in wood, or in fact any traditionally male occupation, I say just go for it!”

The Government’s 15th Annual National Apprenticeship Week is a week-long celebration of apprenticeships running from Monday 7th February until Sunday 13th February across England, with a theme of “Build the Future”. The week focuses on the benefits apprenticeships can have on individuals, businesses, and local communities. Apprenticeships are open to anyone over the age of 16 and there is no upper age limit.

Venables has a family heritage in the timber and joinery trade dating back over 160 years.

Company director Chuck Venables, who founded Venables Oak in 1999 with his late brother Paul, said; “We’re very happy with Anna’s progress and she has become a valued member of our team. Paul and I started as apprentices with the old family business, Henry Venables, and everyone here has learned their skills at work at the bench, on real projects with real responsibilities and credible outcomes. We’re always happy to support the National Apprenticeship Scheme and Anna is proof of the importance of hands-on experience.

“We’re a family company with a lineage that goes back five generations over 160 years, when our great-great grandfather Henry Venables started his timber company in Stafford. We’re delighted to welcome Anna into the family. Joinery and wood processing is a life-long learning skill, and our previous apprentices have been able to work on many prestigious projects with us. It’s vital to train, teach and develop our people continuously, not matter what age – they really are our future as a company, and the future of our industry as a whole.” 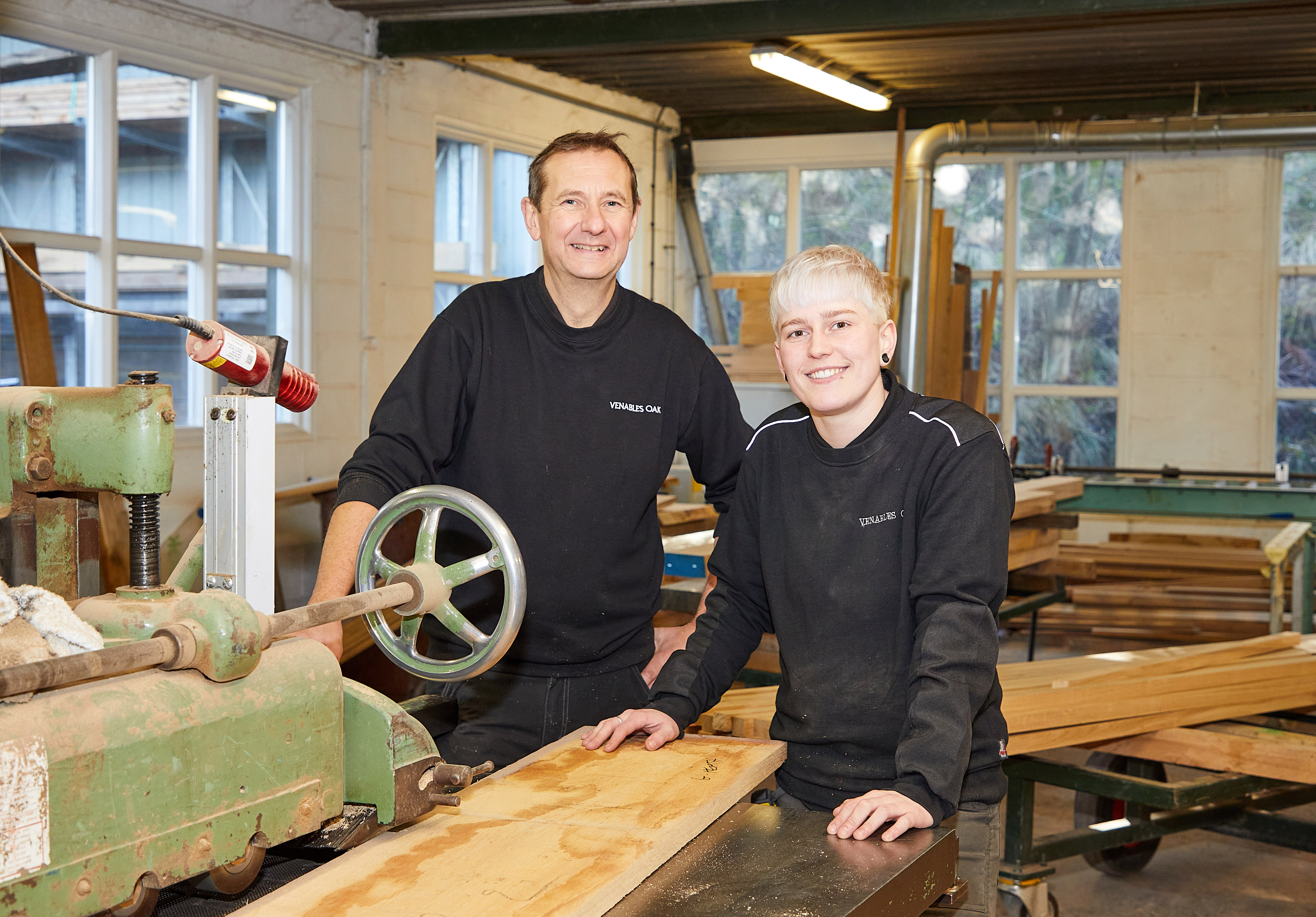